The former president and flagbearer of the NDC, John Dramani Mahama, has dared the media and Ghanaians in general to produce a tape which confirms that he was against the free Senior High School initiative implemented by the Akufo-Addo-led government. 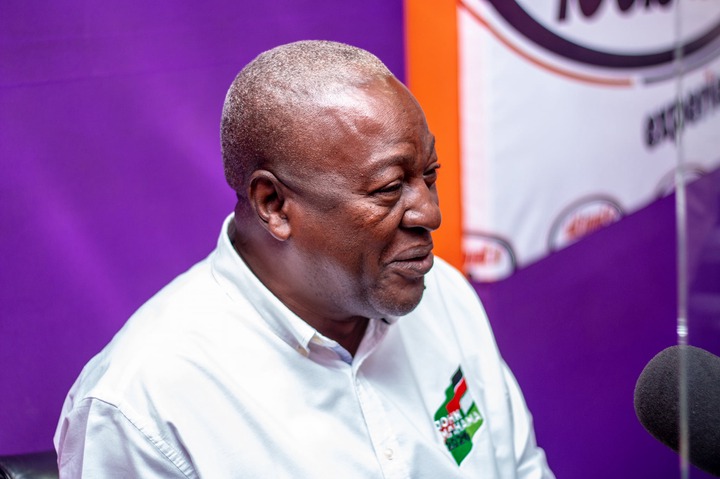 According to the presidential aspirant, he has always championed the implementation of the free SHS policy and even introduced it under his presidency.

Speaking to Kojo Marfo on Abusua FM on Wednesday, 11 November 2020, Mr. Mahama said that he started the Free SHS policy in his government but it was done progressively.

He added that he foresaw the challenges that the policy is currently facing and that was the reason why he started constructing additional school units.

“I never said anywhere that Free SHS can’t be implemented in Ghana. You can go through all the existing archives and show me where I stated that Free SHS was not possible. In fact, it was introduced under my presidency. I launched Free SHS in 2015 and the records are there. I foresaw the challenges the policy is facing currently. It is why we started it, but progressively.” He said.

“From 2015 to 2016 I added about 43 additional units to the existing ones. And all these units were fully equipped to accommodate new students. Therefore it was not about whether we should implement Free SHS or not, it was about the approach and the constitution states that it should be done progressively.” He added.

Mr. Mahama then challenged anyone who has prove that he was against free SHS to produce it

“I challenge anybody who says I was against Free SHS to produce a tape of me to confirm. I started it when I was president. No one can cancel Free SHS.”

Watch His Full Interview below