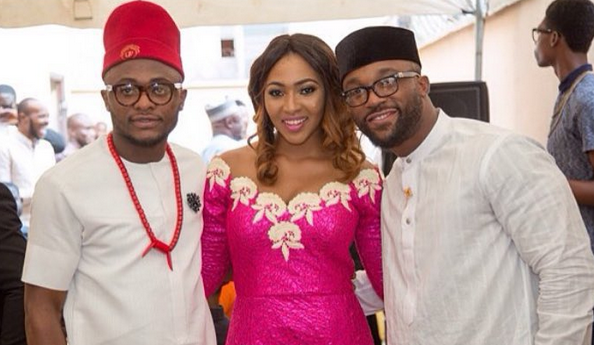 Iyanya has finally addressed rumours he split with his former partner and manager, Ubi Franklin for marrying actress Lilian Esoro..Speaking to the Nation, Iyanya who plans to drop his EP on March 28th said

No, I didn’t leave Triple MG because of Lilian. Lilian is such an amazing person. I left triple MG because it was time for me to leave; nobody signs a contract for life. It’s only in Nigeria that people think you have to be somebody for life and when you decide to leave the person they say they don break up, business dey get expiry date. Our contract was done, it was time for us to move on.

On what the Yvonne Nelson’s experience cost him..

I won’t say it cost me a lot. I will say it just makes people think that’s who I am. It just gave me that bad guy image. I’m not the kind of guy that thinks I owe social media explanation when my relationship goes bad; it’s not like social media is going to help you fix it but it’s going to make it worse. There are so many times I played the quiet guy and the girl does the talking and you know how people are.

On their relationship now

We are cool; we talk once in a while.