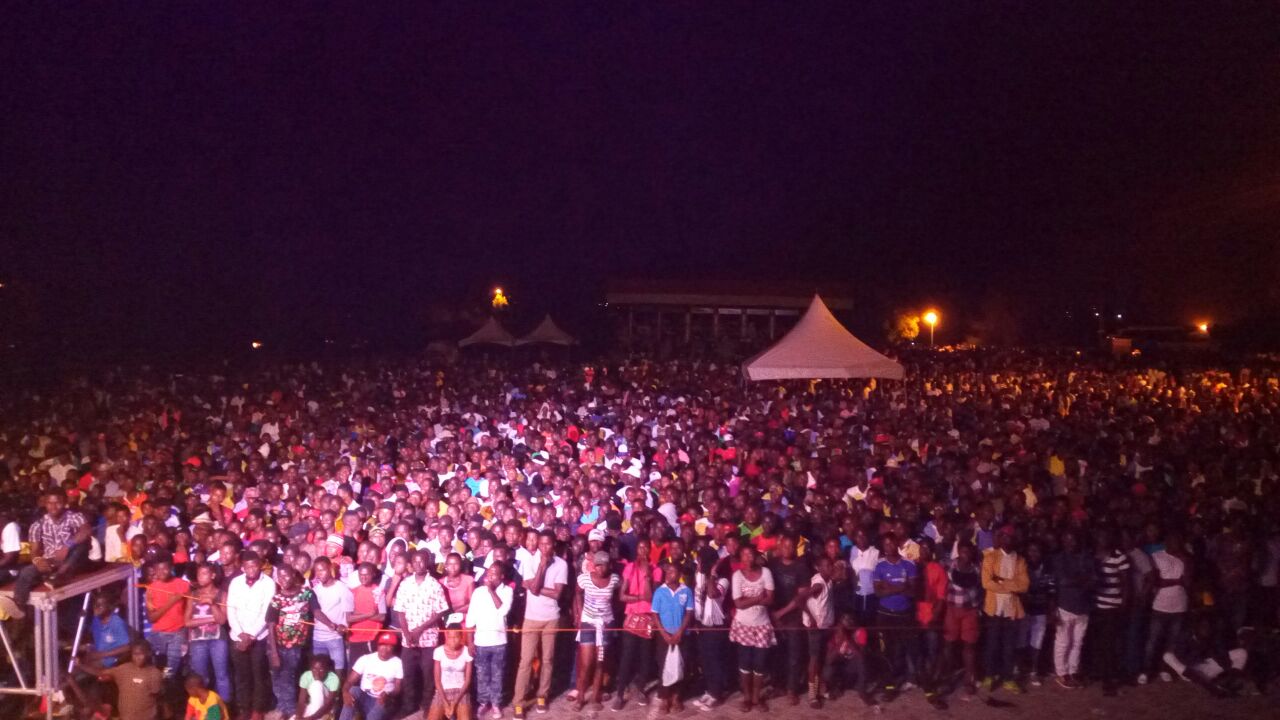 Dancehall singers Stonebwoy, Kaakie, Ebony, as well as VRMG frontman Edem were among headline acts for this year’s Great Volta Carnival and Peace and Unity Concert which came off on Saturday November 26 at the Jubilee Park (Ho).

Organised by GlobaFEST and One Ghana Media, the programme saw a record crowd of over 10,000, a number which  is even more significant seeing that Sundays usually don’t see mammoth outdoor events in the area.

Kicking off  with a street carnival procession at 6 pm, and followed by a display of over fifty cultural troupes and homegrown stars, the concert was crowned by a grand music concert from 7 pm, where the BET laureatte and Volta native, together with Edem, Kaakie, Ebony, Klala, as well as Hipline veteran Reggie Rockstone thrilled the enormous crowd.

The concert is the first of it’s kind, and organisers intend for it ti be an annual event.